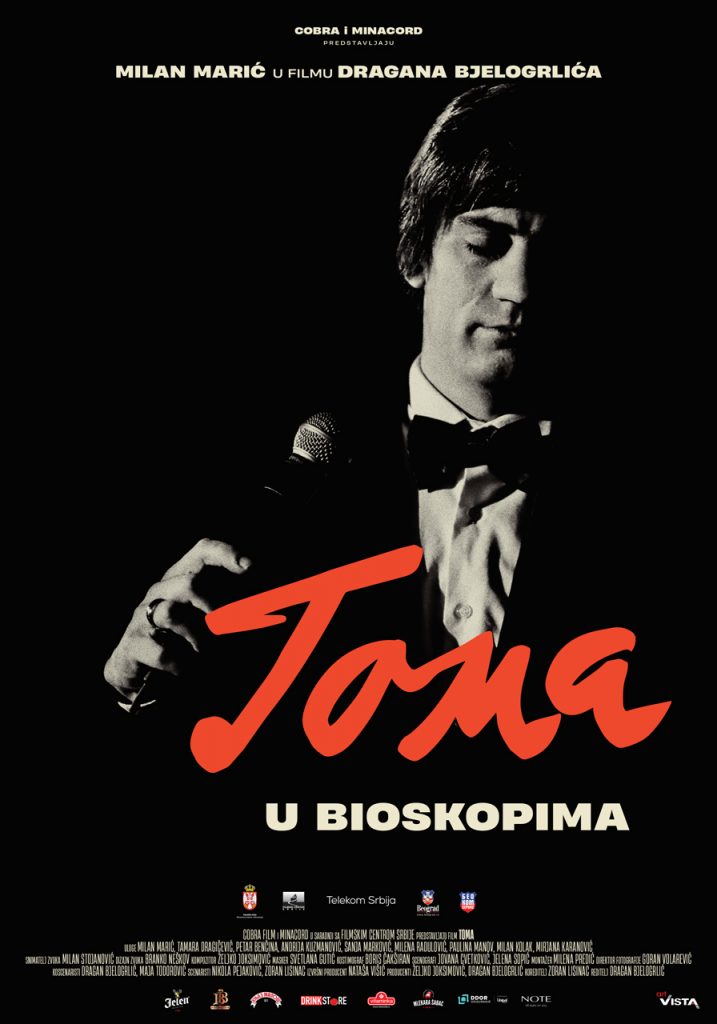 The film “Toma” is an impressionistic portrait of the famous singer Toma Zdravković, which shows his beginnings, but also the high points of his fame, as well as his great loves, which have inspired him to write some of his greatest hits, as well as the friendships he had with many participants of the artistic scene of former Yugoslavia. In addition to Toma, the film also shows the lives of famous artists of the time – Zoran Radmilović, Mika Antić, Predrag Živković Tozovac and others. “Toma” is a biographical film about Toma Zdravković, whom we remember not only for his songs and the way he performed them, but also because he was a great Bohemian – inside and out. The film follows two timelines – 1991 and the relationship between Toma and his doctor who becomes a friend, and on the other line his career – from childhood in Pečenjevci, through the acquaintance with Silvana Armenulić, which was a crucial part of his career and life, to incredible heights of fame and deepest abysses of life. This is a film about the soul.